Morton Hull: Do you realize that more people will be watching you tonight, than all those who have seen theater plays in the last forty years?
Chance the Gardener: Why? — Being There 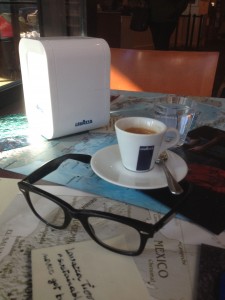 BEING THERE is a brilliant film. If it were remade today it would have to include the binge watching that is currently “trending”. They’d have to include the tests folks take to see what kind of character they are with respect to the shows they binge watch. But if it were remade today it’d probably have to be about a guy who doesn’t watch anything. Someone who does know how to read and write. Perhaps someone who just existed (prior to us meeting him) on reading the classics and doing math proofs and painting and sculpture and modern dance class with statues in the garden. And horticulture, of course, because he could still be the estates gardener. Therefore, he could still be raised by an eccentric, he could still have never left the estate of the gardens he tends. He could still then be forced to leave after the eccentric dies. He could still have a run-in with someone wealthy and powerful but, not in a limousine, maybe someone waking down the street bingeing on a Netflix series on their smart phone while walking their Yorkie. The reason he runs into to her is because prior to this he sees other people doing the same thing— looking at the rectangle they hold in their hand while walking their dogs on a crowded New York City sidewalk. Prior to the collision we could see his reaction— Confusion. Then he bumps into her and of course, she becomes the love interest who was also staring at her rectangle, walking her dog, blah, blah, blah. Of course, she just so happens to work for a giant media conglomerate. Their eyes meet, they fall in love, she feels badly because their collision has hurt him not to mention that her Yorkie bit him in his private parts and of course he has no money to get the stitches he desperately needs…so she takes him to the clinic in her office building (probably The TIme Warner Building or something like that) and during the long wait in urgent care she finds out about his life. She finds his views on the world novel and profound, blah, blah, blah. She falls in love with him, buys him a smart phone…fast forward through the romantic stuff where she asks him to move in with her and take care of her dog while she’s away on a long business trip— While she’s away he learns how to use the smart phone. He likes to watch YouTube videos of BBC Television productions of Shakespeare, Ibsen and Chekhov plays. Then one day while sitting on the toilet he discovers the games APP on his phone and starts playing games. He doesn’t stop playing games on his phone (which is conveniently plugged in to a bathroom wall socket). He sits on the toilet for the weeks his love interest is away playing games on his phone. He dies of starvation. (NOTE: the dog is fine because there’s a twenty-five pound bag of kibble in the automatic feeder purchased at Brookstone that also includes a fresh water feature, blah, blah, blah.) Only, if they remake it I hope they don’t remake it as a movie, I hope they remake it as an HBO series. It could be called, Games On The Throne…something like that.