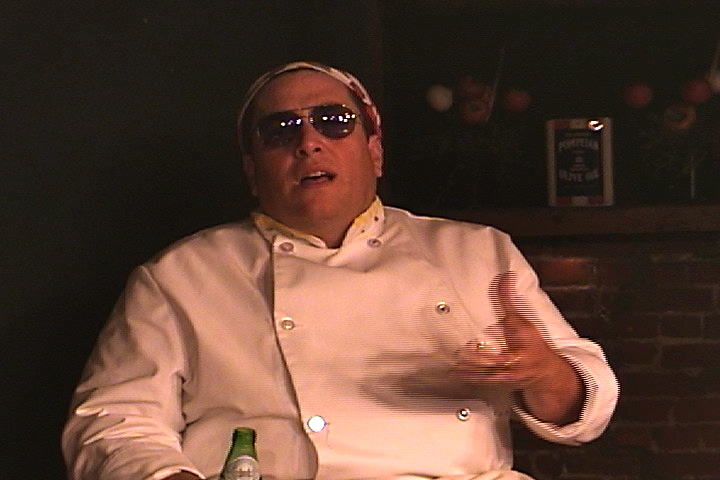 This is a series of clips and a trailer that have been edited together from the 2002/03 production of Eating Dis Order, Eating Dat Order which is a spoof on food shows, fad diets, celebrity chefs, and musicals. The show was written and directed by Gary De Mattei. Mr. De Mattei is featured in these clips (100lbs heavier) as the characters, “Bobo Alaoboe”, “Dr. Robert Frederick Brownman”, and “Di Rhia Perlman”. The clips were projected on video screens and used at various points during the live performance.

These ‘mockumentaries’ promoted the local businesses/civic leaders while also allowing for the several scene shifts and quick changes. The show ran at Theater On San Pedro Square in San Jose, CA for seven months. Each night audience members would come up on stage and cook with Bobo during a cooking segment in Act II. On Tuesday nights community leaders were featured on stage cooking with Bobo as guest chefs. Some crowd favorites were Santa Clara County Sheriff, Lori Smith; The Fire Fighters from downtown San Jose’s, Station #1; and former City Council Person, Cindy Chavez, who is a great sport, wonderful cook, and holds the record for guest chef appearances on the show. A salad was even named after her: “The Cindy Chavez Caesar Salad” and/or “The Caesar Chavez Salad, No Grapes.” The list of community leaders is long and you can see several of them in this video.