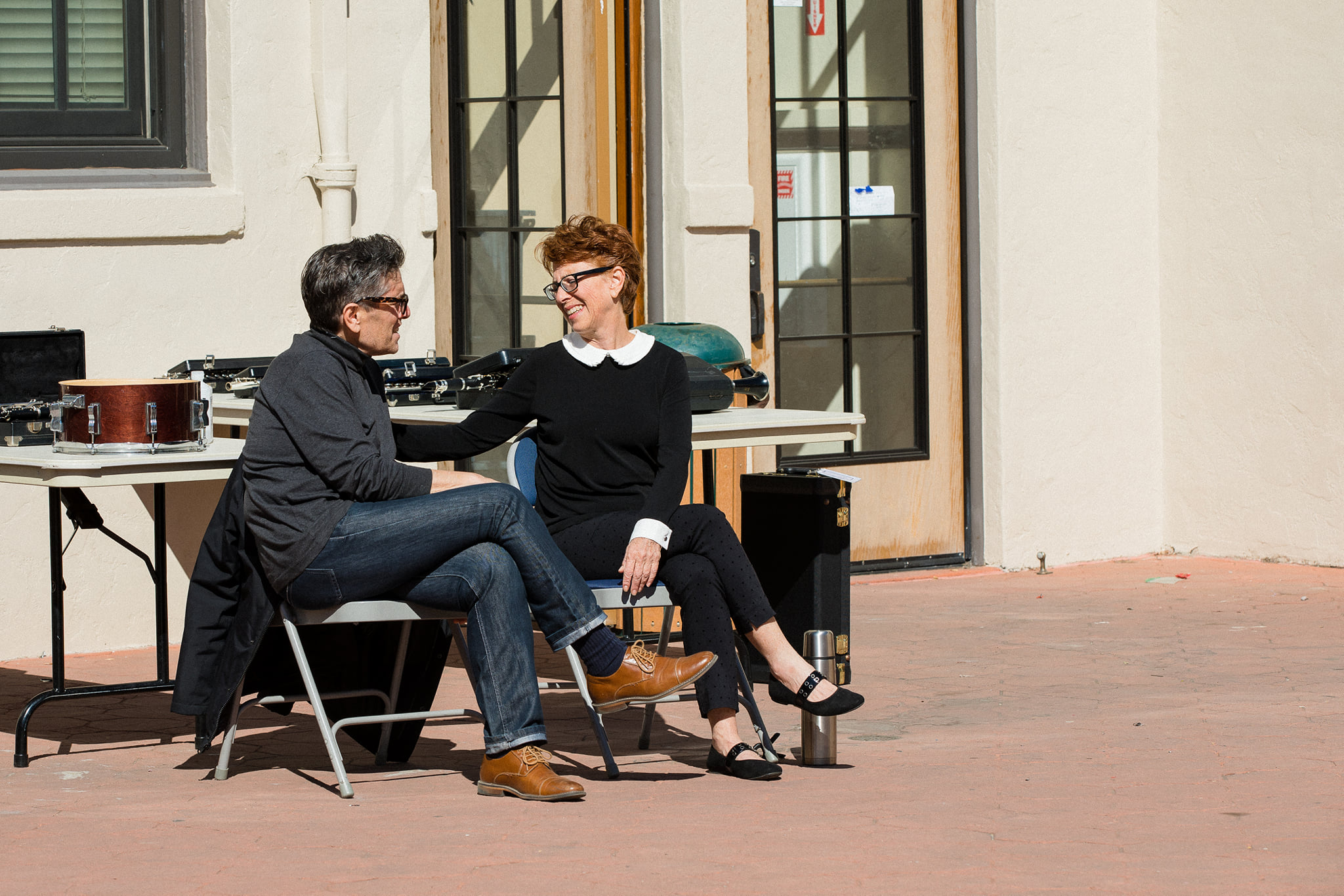 The life adventures of Caryn Hartglass and Gary De Mattei started on July 4, 2006 — Gary was living alone at a little theatre in downtown San Jose. His personal life was a shambles. He lost his home of twelve years. That night he found himself trying to fall asleep again on the “Equity Cot” in his office. Not unlike the background noise of today— firecrackers, rockets and bombs were bursting in air and on the street below his loft theatre which was now a nonprofit in need of assistance. No one wanted to play with Gary. And those that did soon left because they sensed he was insane. He was having what he was later told was probably a nervous breakdown. “Everyone has problems,” said colleagues and friends as they left him one after the other. Many of them said he deserved what he was getting. This brought him deeper into self pity and despair. He liked it there. He pressed on, made some more desperate decisions. On the night of Independence Day, his computer was open on the bar he was standing behind contemplating mixing another bourbon and diet coke and as he held the whiskey bottle and debated in his mind the practicality of a glass, he decided to check his email. It felt like a work day but for all he knew it wasn’t. He saw an email from a friend who was doing a show called “Urinetown” down the street from his new nonprofit theatre. Urinetown was going very well and they wanted to extend. He was happy for them. He may have even smiled. The friend sent out the notice to their email list and asked for help in getting the word out about the extension. Before social media, friends asked friends to send emails to their lists, this is how they rolled in the aughts. Gary noticed his friend’s list wasn’t blind copied and there were lots of names that he could harvest for his list…that was also a thing back then. He saw the name Caryn Hartglass. He had worked with Caryn in the early 90’s, they were friends and then they had lost touch. He really liked Caryn back then. He never forgot her immeasurable talents, her brilliant mind, her passion for life, her zeal, her perspicacity, her militant veganism…her light. His broken heart leaped out of his chest. After taking a huge swig from the bourbon bottle and pouring another liter of diet coke from the soda gun, he put an email together letting the people on his email list know about the Urinetown extension and he included Caryn’s name hoping she’d write back. She wrote back. Like Nathan Detroit and Miss Adelaide, they’ve been together for fourteen years. Unlike Nathan and Adelaide, they aren’t engaged. They aren’t even married. A lot has happened to De Mattei in fourteen years. He still has nervous breakdowns, he’s still insane, he still feels sorry for himself, but now he doesn’t drink diet coke. Thanks to Caryn, he has actually learned that diet coke stimulates ones appetite. He’s learned a lot of other truths from Caryn Hartglass because Caryn doesn’t lie. And he can’t figure out why she loves him. But he’s glad she does. She is his everything— friend; lover; colleague; partner. She is his bliss. And he will follow her anywhere.