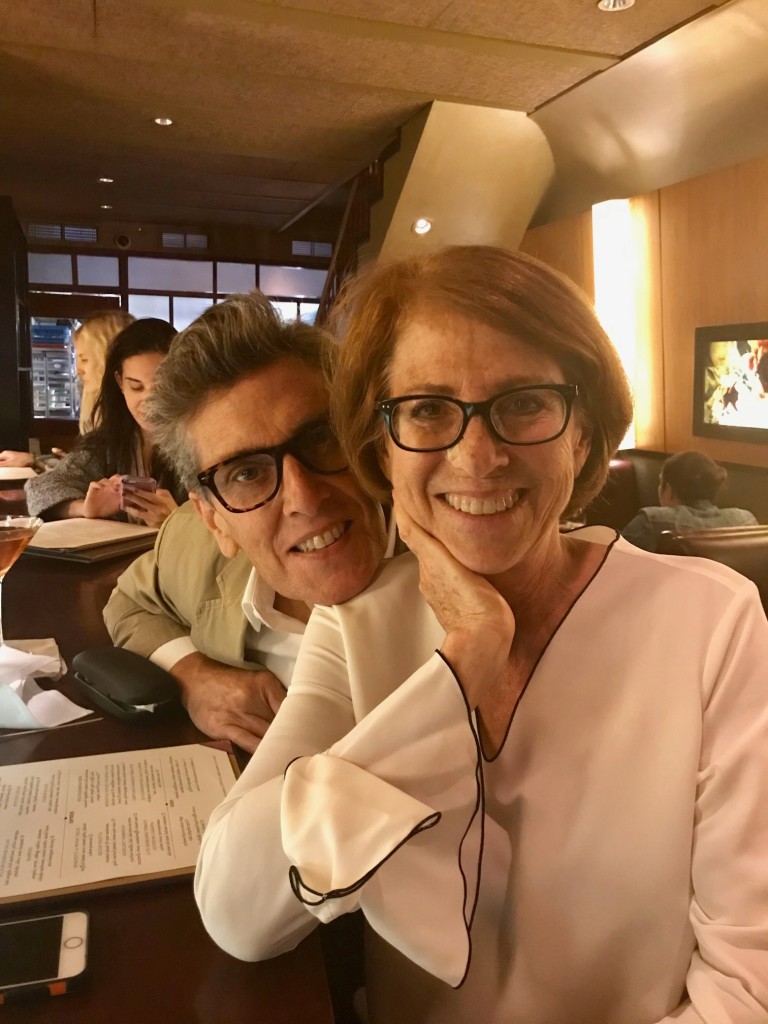 When you grow up Catholic, it’s the religion textbook illustrators who should get all the credit for giving you the image of their God. Not Jesus, not the Holy Ghost, but “The Father” as He is called when making the sign of the cross. I’m no longer Catholic, I’m not religious. I believe in a secular world. I don’t believe in that textbook image of God— the old white man with the long white hair and the long white beard resembling a pissed off Santa Claus. Yet, I saw the God of my religion textbooks the other day. I helped him cross 9th Avenue. He was blind. As Caryn and I were walking east on 48th Street to Hadestown, we were in a heated discussion about the horrors of the present administration’s inability to unite us as a people. My theory is they want civil war. Caryn’s theory is a little more rational. My voice raised against the clammer of Manhattan traffic at rush hour, I cried, “God is dead all the while fossil fuels are burning around us at record rates and not a Tesla in sight! Look at this, Caryn— why are there thousands of pedestrians pushing and shoving one another and getting nowhere blah blah blah blah blah…” As my answerless questions were spinning out of control, I felt something hit my shoe very hard, “Smack!” I looked down and saw the red-striped cane of a blind person repeatedly whacking my foot. I looked up and there was the God of my religion texts— long white hair, long white beard, angry cherub face. He looked like an Al Hirschfeld self-portrait. He asked me if it was clear to cross. Still reeling from the nonexistent world I was spiraling through, I had to pay attention to the here and now and more importantly, the question— Was it clear? Could He cross the busy street? Caryn and I both noticed a cop car blocking the way so we said, “No, not clear just yet, there’s a police van blocking the crosswalk.” He asked if He could hold on to my shoulder to cross around it. I said, “Of course.” At the moment His hand touched my shoulder all of my anxiety went away. I was at peace. I was, for the first time that day, being useful to my fellow human instead of adding to the pollution. I was being of service. As we slowly walked, He asked where we were from. We said, “Queens.” He said, “Oh, you’re locals. What part?” We said, “Forest Hills.” He said, “Oh? Doesn’t ring a bell.” He said, “Where you headed?” We said, “The Walter Kerr.” He said, “Oh, you’re going to the theatre?” We said, “Yup.” He said, “What are you going to see?” We said, “Hadestown.” HE said, “Oh? Doesn’t ring a bell. What’s it about?” We said, “It’s a musical based on the ancient myth of Orpheus and Eurydice.” HE said, “Oh? Doesn’t ring a bell.” He added, “I probably should know it though,” a wry smile fell over His face. When we got across the street we stopped on the corner and exchanged pleasantries, He went on His way, we went on ours. I looked at Caryn immediately and said, “That was God.” I knew it was God because even though He was blind He had a twinkle in His eye. Every time He said, “Doesn’t ring a bell” I could tell He was pulling my leg. Whoever He was he saved me from myself. He showed me the only way around the obstruction of justice blocking the metaphorical cross walk is to be useful to our fellow humans; help them navigate around the absurdities. That’s the only way we are going to overcome the man-made obstacles. The rest is just spreading fear. The rest is just a bunch of pissing in the wind. Ironically, this hypotheses was further emphasized in Hadestown.

I think it was the great acting teacher, Sandy Meisner, who said, “Don’t just do something, stand there.” I could be wrong. My point— Hadestown is an incredibly well-crafted work of theatre art impeccably directed by Rachel Chavkin. The movement work is brilliant and happens when absolutely necessary to advance the plot of the ancient story of the human condition. Otherwise, the actors stand there and search deeply into one another’s souls. It’s a feast of static movement and perpetual motion. They tell us what they want as soon as we see them. They are never without purpose. These are actors who have been set free by the parameters they’ve been given by Ms. Chavkin and choreographer, David Neumann. Since moving to New York eleven years ago, I’ve become a very jaded theatre goer. I take acting class to do great theatre with my fellow classmates, all of us actors in New York who want to present the truth in order to see ourselves. I saw US at Hadestown. And it was a musical and it was on Broadway. All of it backed by what should be a pulitzer prize winning tale written by our next greatest working poet, songwriter, and folksinger, Anais Mitchell. I’m sure she has many other stories to tell and I can’t wait to hear them. Now, if I were a religion Textbook illustrator, I’d put Ms. Mitchell’s likeness in there for God. Amen.

Caryn and I wrapped up a couple of months of birthday celebrating Tuesday night with Beetlejuice – On Broadway starring a young man who I have had the pleasure to watch grow up, onstage and off— Alex Brightman. I’ve even been lucky enough to work with Alex a couple of times— once when he was a wee one in San Jose, and once when he was all grown up, here in New York. He was a marvel as a lad and continues to dazzle us with his mad skills on Broadway. Tuesday night he made something so incredibly difficult look easy— he carried a Broadway show on his back. When he wasn’t on stage we waited for him to return. Sure, he was surrounded by a solid cast of supporting players, a rocking pit orchestra, incredible costumes, and a Tony nominated scenic design that, for me, was the other costar of the play. (The show as a whole is also Tony nominated for best musical). And like the set, this young man has that touch of madness that separates him from the rest of the players. He has been blessed by another god, the theatre god, Thespis. As I watched him Tuesday night I couldn’t help but think about other historical turns in star vehicles— Zero Mostel in ‘A Funny Thing Happened On The Way To The Forum’, for one. Complete with breaking character by talking to the audience. A masterful comedic stroke. Whether scripted or not he made it look spontaneous. I read somewhere that deep into the run of Forum, Mr. Mostel would go out on stage with the sports section of the New York Times and read Yankee scores. Can’t wait to see what Alex has in store for his audience members later in his run as Beetlejuice. The two months of birthday celebrations have been humbling and the theatre continues to be my true place of worship. Did I tell you that I saw God, Hades and the Devil there, too?