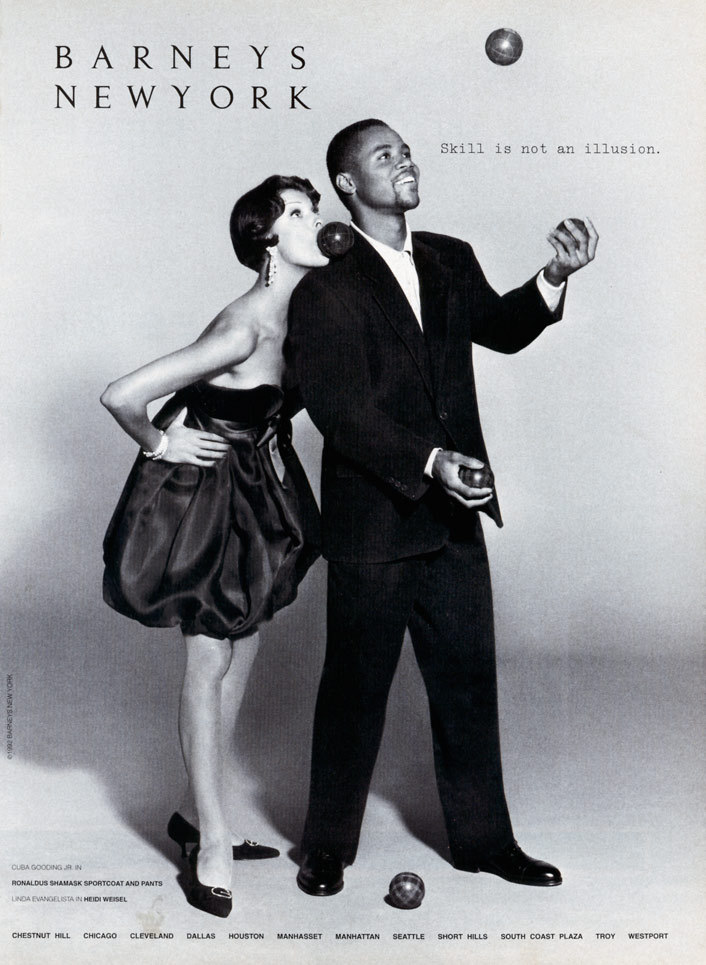 I’m in mourning this morning— Barneys closed. Did you hear? I never watched Sex In The City but I used to hangout at the old Barneys on Seventh when I was here in New York in the 80’s. I’d hangout at the espresso bar, I think it was downstairs, and just marvel at the artistry of the impeccably dressed “Barista”, only I don’t think they were known as Baristas back then, they were just highly skilled at their jobs which they took an immense amount of pride in— and this guy was a god. And he worked in a suit. Very chic. I mean, he looked like Adrien Brody and dressed like Seiji Ozawa on the podium, you know, he was sporting something black with a Neru collar, long hair that never moved, and there were thousands of shoppers shouting orders at him and he did.not.break.a.sweat. He got everybody served. Didn’t spill a drop. It was genius. And the espresso machine was not computerized, it was manual. I miss that level of excellence, which Barneys had, especially when they were downtown, before they moved to Madison Avenue and changed the look of the store to how every other department store looks, you know, the cold marble walls, mirrored columns, bright lighting. Barney’s downtown had this really cool two-drink-minimum kind of vibe— mosaic tile and outrageous display artists that were just that, artists. While living alone in the City, a great vacation for me was just going to the Men’s department at Barney’s and trying on clothes. I’d spend hours with these fabulous clothes. I felt like I had friends.