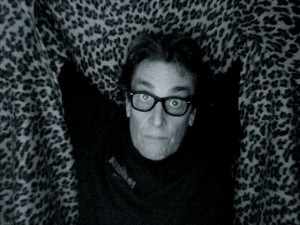 The past few days I’ve been lost in “Snuggy Land” and, HOORAY, today I’m better! The upside to being physically ill (as opposed to my permanent mental state) is I get to catch up on all of your FB posts. My conclusion whenever I do this is I’ve the most exciting and talented friends in the Facebook universe, everybody is working hard, and having gorgeous babies, and getting engaged, and getting married, and helping people, and rescuing animals, and sending their kids to college (their own, not their animals), and fighting causes, and fighting for their country, and fighting fires, and saving lives, and working out, and writing musicals, and writing plays, and making fantastic food, and making movies, and writing novels, and being activists, and starring on Broadway, and starring in regional theaters across the country, and WOW — that was just this morning’s posts! I catch up with other reading when I’m sick too. For example, I just finished reading the thirty-page introduction to Van Goethe’s, FAUST, for the fiftieth time (one day I will actually read the entire novel). Oh, and I finally finished the Sunday NY Times of a few weeks ago, you know the one with the 2013 year-in-review? And I am almost all caught up with The New Yorker magazines from November. I tried to catch up with movies too. Normally when I’m sick I can’t get passed my own DVD collection (yes, I still watch DVDs) but there are so many films that came out last year that I haven’t seen, and now that we’ve got, “On Demand” (and smart phones) I couldn’t wait to see if any of the films I hadn’t seen were there for me to “demand”. Nope, not a single film I cared to see. So, then I went to YouTube and voila— A festival of films I wanted to see! I started with commercials made by Wes Anderson and (so far) that’s where I’ve stopped. Suffice it to say, not your major motion picture releases, but just as entertaining (in my opinion). For example, his work for PRADA (in my opinion) is exceptional film making. Being delirious with fever, I even set out to compile a top ten list and realized (to my disappointment) he’s only done a few (Roman Polanski has also done one: A Therapy). And, to be honest, I don’t like lists. However, if I did, this one (in my opinion) titled, Castello Cavalcanti, would be close to the top. It’s only about eight minutes and it is (in my opinion) great story telling. What I want to happen to me when I see a film is one of two things— 1) to be surprised (or) 2) to relate. For me, this film does the latter. In this film I immediately know the protagonist, even before I see his face; all I had to do was hear his opening line from the racecar— “Goddamn it!”— And instantly I know him— his gesticulation gave me his gestalt, his conflicts, his dreams, his disappointments, his compassion, his sense of adventure, his humanity, his struggles (especially with being an Italian American in Italy), his love of family, spaghetti, etc. All of that from, “Goddamn it!” (I told you I was feverish). The film also makes me ask the BIGGER question. You know the one? Sure you do— “Why did my ancestors leave Italy and settle in America?” This is a theme with me; as an artist it drives my work; I’m always asking my dead ancestors this question (and sometimes I ask them publicly which raises many more question regarding my mental health). For example, regarding “terroir” (and after visiting Italy a couple of times) I’ve never understood the difference: to me, the San Francisco Bay Area is just like northern Italy. For example, the orchard I grew up on looked just like the orchards and farms I visited in northern Italy, right down to the tomato plants, the grape vines, and the Bing cherry trees. And when I’d ask my relatives they’d always say, “Hanno lasciato l’Italia perché avevano fame.” “Really? That’s it? You were hungry?” I’d say. Then after moving to the east coast five years ago my questions to them only got more immature (especially when it’s this cold). “Really? You were starving? You mean to tell me there wasn’t a deli or a cafe in Castello De Mattei (or wherever we come from) with a wood burning pizza oven? Whatever, Nonna!” At any rate, this film makes me want to go back to Italy and see “the ones who stayed behind” and ask them why the others left and why they didn’t…because, they’re still there so it’s obvious they got some food from somewhere. And I want to ride around on a Vespa saying, “Ciao,” and eat pasta and drink the “house hooch” and— Hey, Solo un minuto, per favore! If I had children I’d have pictures and cute little anecdotal stories about them to share with you on Facebook too and I’m sure one of the stories I’d be sharing with you through all of this whining about being sick and my ancestors and the cold weather would be my children’s whines that would probably be similar to mine only my kids would probably be saying, “How could you move us to this horribly cold place? How could you take us away from the perfect climate of the San Francisco Bay Area? And don’t say because you were hungry because the “cibo” is just as “molto buono” in San Francisco as it is here in New York City.” And I’d have to reply, “Amore, miei piccoli figli, l’amore!” Hey, maybe that’s why so many of my relatives left Italy— for love. Son of a bitch, all of that from, “Goddamn it!” Now that’s (in my opinion) a good film. Ciao Facia libre, ciao! Spero che vi piaccia il filmato, potete trovare qui.