Me with the cast of "Tick, tick...BOOM!" Pictured: Clockwise (starting with me in the middle) Sara Stein; Andrew Ceglio; Nick Ceglio.) 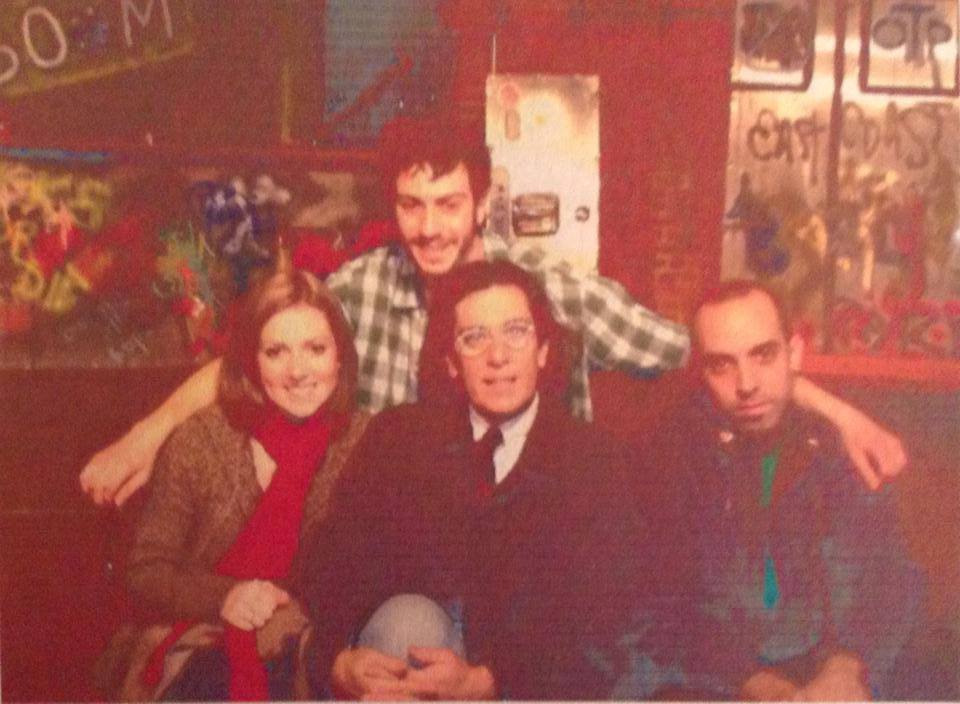 So I woke up this morning and pulled a few photos for a ‪#‎TBT‬ post. They were from a show I directed a while back at a theater I built with a friend. It was our intention to build a space for local artists and for the people of our community. An intersection for the arts not just showcasing our work but other’s too. A space where emerging and established artists could feel safe enough to create not just good work but work that was transcendent. A space we could all make mistakes in while making magic. A space we could learn in. A space that didn’t exploit the emerging artist’s talents but celebrated them…and paid them too. Sometimes we succeeded. Sometimes we didn’t. Which is also why it was a space with a bar. Not just the kind we raised but also the kind we drank at. So it could be said that it was a space where the audience could see the classics while sipping on a pint of beer. Or possibly a new work by a local playwright while enjoying a glass of cabernet. Or my favorite theatre cliche— a space where the audience could see “seldom produced works” while guzzling a dirty martini with sixteen olives. I’d say “tick, tick…BOOM!” falls into that last category. At any rate, I thought I was going to be living in my little darkened world on San Pedro Square in San Jose, CA creating season after season and season over and over and over again for the rest of my life. In fact, there was a time I wanted to be buried in a beer keg under the San Pedro Square arch. Well, fate intervened and in April of 2008 I found myself starting my life over in New York City with the love of my life, Caryn Hartglass who is seven years cancer free this month. (Read all about it here: http://responsibleeatingandliving.com/mail/10JULY2014web.htm) All of that said, lately I’d been thinking a lot about “tick, tick…BOOM!”— that perfect little seldom produced show by Jonathan Larson of RENT fame. Probably because it’s all over the theatre news here in NYC— City Center is doing a production of it and they’re tossing a lot of money at it so posters are everywhere— subways, busses, train platforms, newspapers, social media, etc. There was even a big piece in The Sunday Times recently that talked a lot about the new cast and the production team and composer Jon Larson who died of a broken heart. Literally. His heart broke because some say he put every ounce of it into his work until there was nothing left. Many of us who do this for our “living”, who struggle with the business of show— its disappointments, its heartaches, its blah blah blah— can relate. So back in 2007 as the artistic director of my new little fledgling theatre company, The Artist’s Theatre Repertory Ensemble, I thought it was a good choice to present to the community I’d spent my life in the arts serving because there have been times over the last 35 years that I thought my heart was going to burst too, but it didn’t. But Mr. Larson’s did, so I felt it was my artistic duty to pay homage to this brilliant young man’s talent. Tell his story. His story about his seasons of love. And when you see a story of love, especially if it’s done perfectly, it heals your broken heart long enough to get you through the next series of “nature of the beast” challenges. My last show as a director at my little theater on San Pedro Square was also my last perfect show. It was one of those healing moments for me— with respect to my life’s work— that has lasted seven years. Delirious with joy whenever I’d see the three brilliant young artists perform the epic story of Jonathan Larson’s life that reflects his broken heart. These perfect moments in the theatre are few and far between. And they are deeply personal moments that you cherish forever. And all involved know when they are a part of one of these perfect moments. It’s primal. And, dare I say, an “organic” experience. Blah, blah, blah. They happen rarely. But when they do the world stops spinning long enough for you to take a mental snapshot that lasts a lifetime. Probably longer. I feel everything we do stays out in the Universe floating around forever and when we need it the most it comes back to us. So anyway, I’d been thinking a lot about that little theatre and that production of “tick, tick…BOOM!” because everywhere I turn I see a billboard or a poster or a placard or an email and so I was going to post some photos this morning before heading off to work…and then I thought, “Gary, you’re just a sentimental old fool. Let it go. Move on. Nobody cares about a production that hardly anyone saw. Come to think of it, it probably didn’t even happen. You probably made it up. You’re delusional. Blah, blah, blah.” Well, when I got out of rehearsal today and walked out on busy 8th Avenue in Manhattan and fired up my phone I stopped in my tracks and started sobbing. The actor who so unforgettably recreated Jon Larson’s life in that little production, posted for his #tbt, a photo of the four of us sitting on that little Theatre On San Pedro Square stage in that little production of “tick, tick…BOOM!”. So, here’s his photo featuring the cast, Andrew Ceglio, Sara Stein. Nicholas Ceglio and me. And here are the two photos I was going to post of that little show that not too many people saw. I miss that BMW. I miss these three friends. I miss that little theatre. Thank you for listening to the Universe, Andrew. Thank you for phoning home. xo 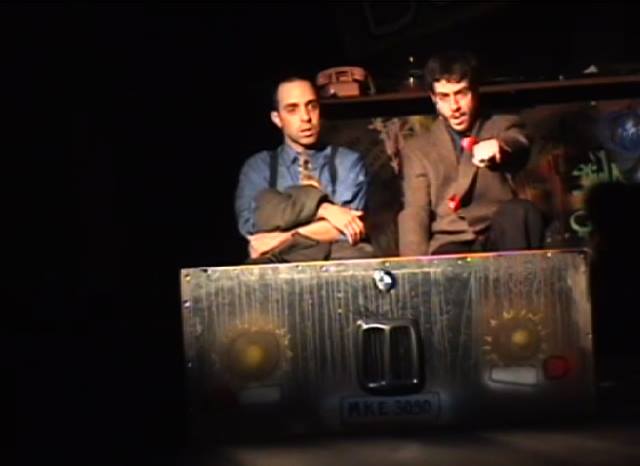 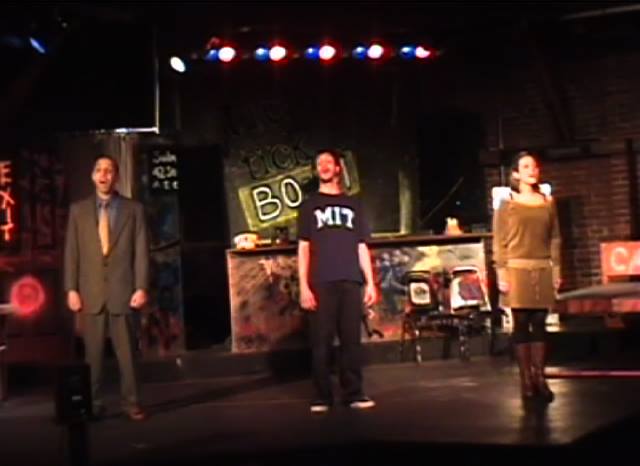