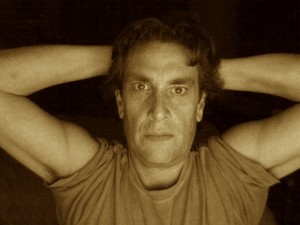 From Flab To Muscles by Gary De Mattei

The United States of America is a country founded on the principal of antagonism. Muscles are antagonistic. Muscles get stronger working against themselves. Without the checks and balances of its people, who will disagree, we will no longer exist as a nation by the people and for the people. We must disagree on everything and if we disagree equally we will always be strong and independent while also being one; like muscles. Embrace your antagonists, they are your brothers and your sisters; they are your people; they will keep you strong. We all agree on the really important things like, you don’t take the second amendment to a gun fight, you take a gun. With or without the piece of paper there will always be the gun. There are many guns in the world because we make them and we buy them. What’s being debated now is their usefulness. Let the debate rage. And while we’re at it, let it rage against the media machine who advertise guns and killing and call it information. Give the problem to the people and they will always make the right decision when they are working against each other as one. Like muscles. Give the problem to the media and it will never go away. Too much money to be made. To many advertisers to be paid. The media will always tell us about a new problem while selling us a new product. Like the latest designer jean. Or the latest designer drug. Or the latest gun. Or lots of pictures of the latest casualty from the latest drug, or gun, lying dead wearing the latest designer jeans.